Check out these great dramas, comedies, and documentaries for your Netflix bike-movie fix.

Wadjda (2012)
Wadjda tells the story of an enterprising and rebellious 10-year-old girl in Saudi Arabia who wants to beat a male classmate in a bicycle race, but doesn’t have a bike. She registers for a Koran-reciting competition at her school in hopes of winning enough money to buy the green bicycle she has set her sights on.
Available in Canada

The Bicycle Thief (1948)
The Bicycle Thief has been heralded as one of the best movies of all time by voices from the New Yorker to the Los Angeles Times. The drama tells the story of Antonio, an impoverished man in post-war Italy who requires a bicycle to do his job, but has his stolen the same day he buys it. He sets out in streets of Rome with his son to track down the thief and retrieve his bike.
Available in the US and Canada

Girl on a Bicycle (2013)
Set in Paris, this romantic comedy tells the story of Paolo, an Italian tour bus driver who becomes infatuated with a beautiful woman he sees riding past on a bicycle just days after he becomes engaged to his long-time girlfriend.
Available in the US 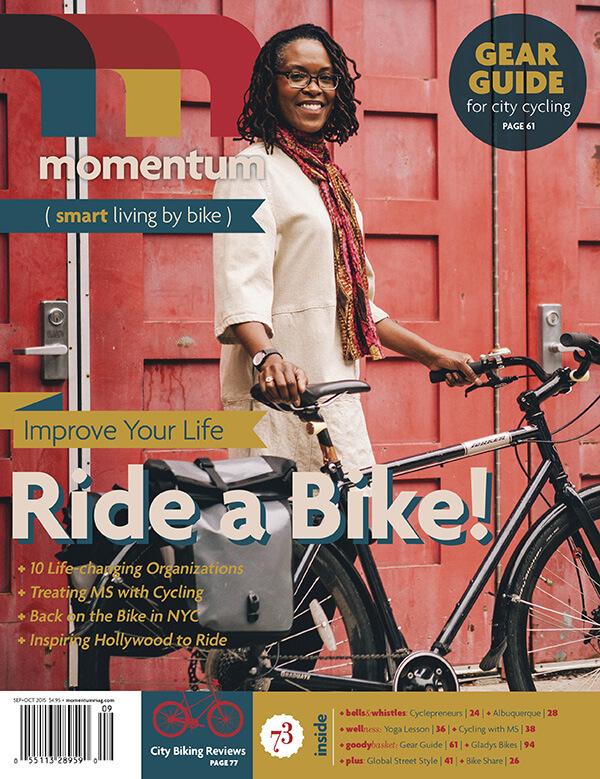 The Triplets of Belleville (2003)
This comical French cartoon follows the exploits of Madame Souza, her dog Bruno, and an ageing, eccentric singing trio who set out to save Souza’s grandson after he was kidnapped during the Tour de France.
Available in the US

Ride the Divide (2010)
This aesthetically beautiful documentary follows the trails of three cyclists as they race each other across the longest mountain bike trail in the world, a gruelling 2,700 mile journey from Banff, Canada to the US-Mexico Border.
Available in Canada

The Kid with a Bike (2011)
Another French film, The Kid with a Bike centers around a young boy who has recently been abandoned by his father and left to the care of the state. A hairdresser in town takes him under her wing on weekends, and as the two of them ride around town, the boy struggles to come to terms with his situation.
Available in the US

The Armstrong Lie (2013)
This documentary follows Lance Armstrong from his post-cancer comeback in 2009, through to his confession about performance-enhancing drug use in 2012.
Available in Canada

Pee-Wee’s Big Adventure (1985)
Pee Wee Herman sets out on a grand adventure across the US in an attempt to find his beloved red bicycle in this family-friendly American Classic.
Available in the US 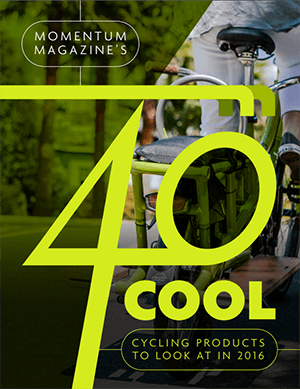 Get your FREE copy of our brand new guide: Momentum Mag's 40 Cool Cycling Products to Look at in 2016

Innovative, stylish, radical and just plain 'done right', these new city cycling products will catch your eye and inspire you to get on a bike. Download the guide and you'll find a collection of 40 new products that are guaranteed to improve your ride.

Please select your country and provide a valid email address
We hate spam as much as you do. You have our promise not to sell or share your email address, ever! Please read our Privacy Policy.
Thank you for your submission.

Andrea María Navarrete on Women and Cycling in Colombia