A Guide to Biking in Victoria, BC

The capital city of British Columbia is located on Vancouver Island just south of the Cowichan Valley, renowned for its food-growing climate similar to that of Tuscany or Provence. Mild weather makes Victoria an attractive destination. From the lights on Government Street in December to whale watching in the Pacific Ocean, there is no shortage of events and attractions here year round.

When it comes to experiencing the city like a local, who are known for high bike commuting participation rates, a bicycle is the vehicle of choice. “Victoria is perfect for cycling as it is small enough that you can get everywhere easily on a bicycle and it is big enough to keep things interesting,” said Rosemary Lee of The Pedaler Cycling Tours. “Low traffic corridors and bike paths take you easily from one unique and vibrant neighborhood to the next.”

“Cycling introduces you to little-known alleyways that only the locals use and know about,” said Susan Stokhof, Owner and Founder of Le Vélo Victoria on the appeal of riding around Victoria. “None of these can be traveled by car. They are Fan Tan Alley, Waddington Alley, Trounce Alley, and my personal favorite is Dragon Alley because it has such a European feel to it.” 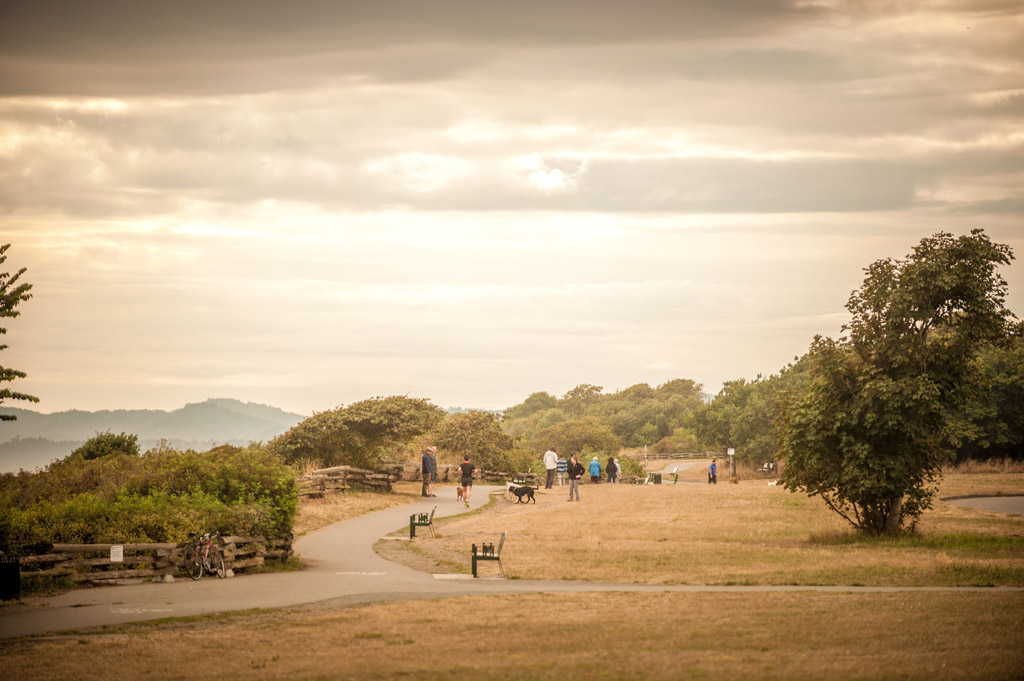 The waterfront along Dallas Road features a popular dog park recreation area and a paved path that follows the water.

Check out the Victoria Public Market at the Hudson, shop Lower Johnson Street, watch the buskers along the Inner Harbour, or cruise the Seaside Touring Route. If you would rather let somebody else do the planning, check out The Pedaler Cycling Tours‘ various food and beverage tours. Switch Bridge Tours offers adventures by e-bike, allowing you to venture farther. If you are in for the long haul, CycleTreks has multi-day tours. Also check out Cook Street Village and Fairfield, Fernwood, Lower Johnson Street, Fisherman’s Wharf, Mile 0, Beacon Hill Park, and the Inner Harbour. 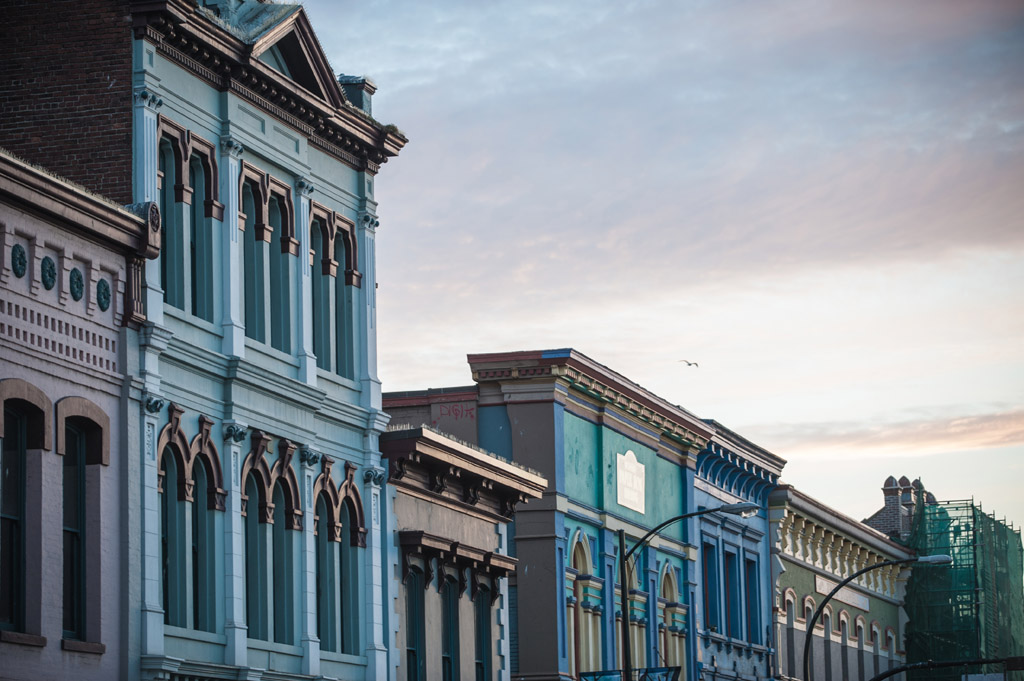 Originally built in the 1890s, many of the original buildings along Lower Johnson Street still stand and have been painted brightly. The area is known for its trendy, upscale boutiques and shops.

Keep an eye out for trail-side fruit and flower stands as you cruise along the mostly flat Galloping Goose and Lochside trails – a great way to get a feel for the area, which stretches from the farms of the Saanich Peninsula to the forested coast near Sooke. If you are around in the summer, Kid Sister ice cream shop offers cool treats and lots of bike parking, while the outside eateries at Fisherman’s Wharf and around the harbor let you soak up the sun while you watch the seals. The side-by-side Fol Epi bakery and Caffe Fantastico make for a popular hangout. 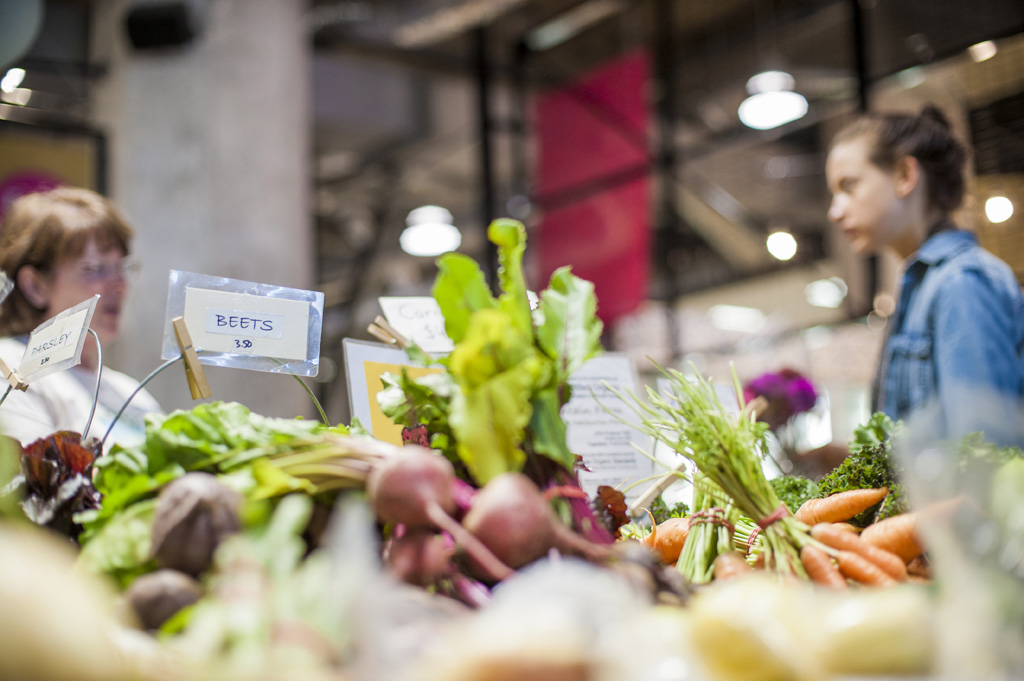 The recently renovated Hudson’s Bay Building in downtown Victoria is home to the popular Victoria Public Market, where shoppers can find fresh produce and crafts as well as a selection of food vendors.

A number of hotels, including Chateau Victoria and Accent Inn, cater to cyclists with their own bikes, either providing secure storage or allowing you to bring it into your room. Magnolia Hotel offers a Pedal and Pamper special that includes rentals and a tour of your choice, while Hotel Grand Pacific has a complimentary bike-lending program as does Hotel Zed. 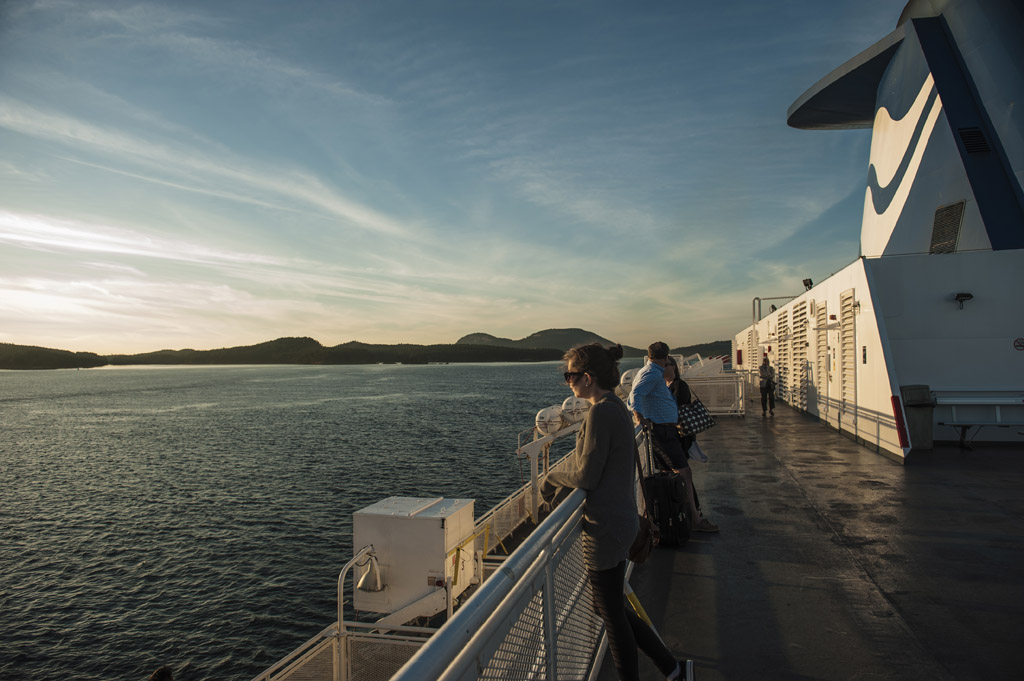 The ferry trip between Tsawwassen and Vancouver rIsland takes about an hour and a half. The upper deck is the perfect place to watch a beautiful summer sunset.

A Guide to Biking Chicago, IL

A Guide to Biking in Vancouver, BC

A Guide to Biking in Santa Barbara