Past cases show that a bicyclist should take as many steps as possible to protect themselves after being doored. 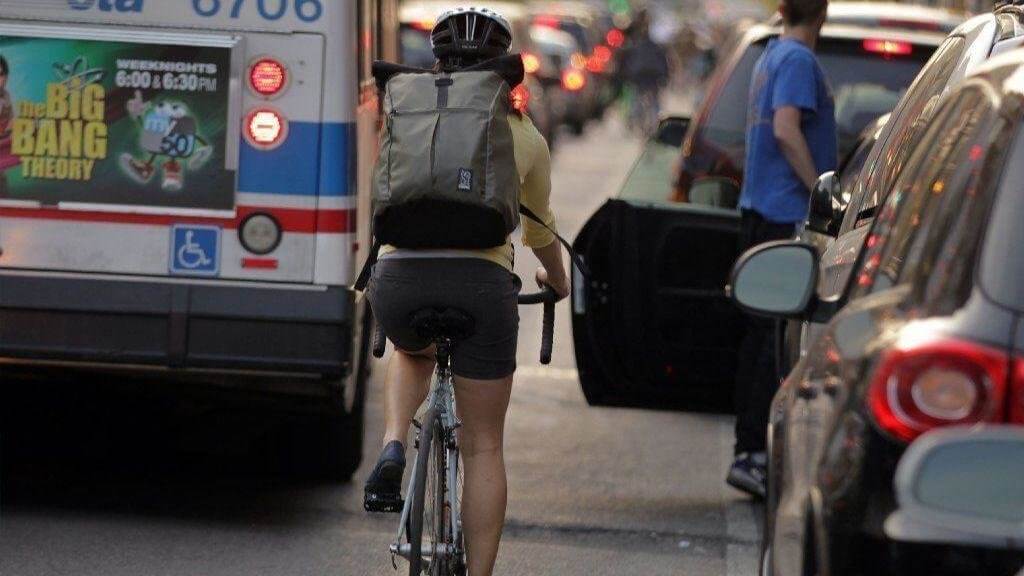 In California, bicyclists are required to stay as far to the right side of the road as they can and still remain safe, while motorists are required to make sure that they do not open car doors into the path of oncoming bicyclists. Many of the bicycle crashes that happen in California, and around the rest of North America, occur when motorists don’t look over their shoulder and open their doors into the path of oncoming bicyclists. You hear that drivers? Look over your shoulder before opening the door! The Dutch Reach is a great way to ensure you don’t door a cyclist.  While the driving laws try to prevent these types of crashes, it does happen from time-to-time that a door is opened in front of cyclists.

These types of bicycle crashes are referred to by bicyclists as being doored, and these crashes can be extremely painful. As with any type of road collision, establishing negligence is important in determining how the insurance companies will react. But bicyclists usually do not carry road insurance and most bicyclists do not know what to do after being doored.

Police Reactions To Being Doored

In 2018, there was a documented case of a New York City driver opening their door in the path of a bicyclist and the bicyclist died as a result. Despite the fact that opening a door in the path of a bicyclist is illegal in New York, the police officer on the scene did not charge the driver with any crime. The immediate reaction that wound up being the basis of the police report is that the bicyclist was irresponsible and negligent.

In general, the police tend to put the blame on the bicyclist when a bicyclist is doored. The stigma is so deep that police reports are often erroneously filled out to skew the crash towards establishing negligence with the bicyclist. It is for this reason that a bicyclist must feel that they should take as many steps as possible to protect themselves after being doored.

What to do After Being Doored

Your very first action after being doored is to ask the driver to stay at the scene and get all their information including name, date of birth, license number, insurance information, license plate number and the make and model of car. You or a witness should then call 911 and request a police officer to the scene. Be sure to get a copy of the police report and check it for accuracy. If you can get any pictures of the crash scene along with eyewitness accounts, then that will also help your case when filing a claim.

After you get a copy of the police report, you should go to the doctor even if you don’t feel injured. Your injuries may be masked by the adrenaline pumping through your body.

An attorney can help build a case for you and potentially file a claim with the driver’s auto insurance company. Once again, having an attorney take these steps on your behalf is going to work in your favor.

If you are a bicyclist who gets doored, you should know that the legal system is set up to work against you. Most police officers will make the crash sound like your fault and most drivers will go unpunished. It is important that you hire an attorney experienced in helping bicyclists get the justice they need and the compensation they deserve after being hit by a car door.

Laurence Banville. Esq is the managing partner and face of Banville Law. Laurence is licensed to practice law in the state of New York. Originally from Ireland, Banville moved to the United States of America where he worked at law firms, refining his litigation and brief writing crafts. He is also the recipient of the Irish Legal 100 and the Top 40 Under 40 awards.